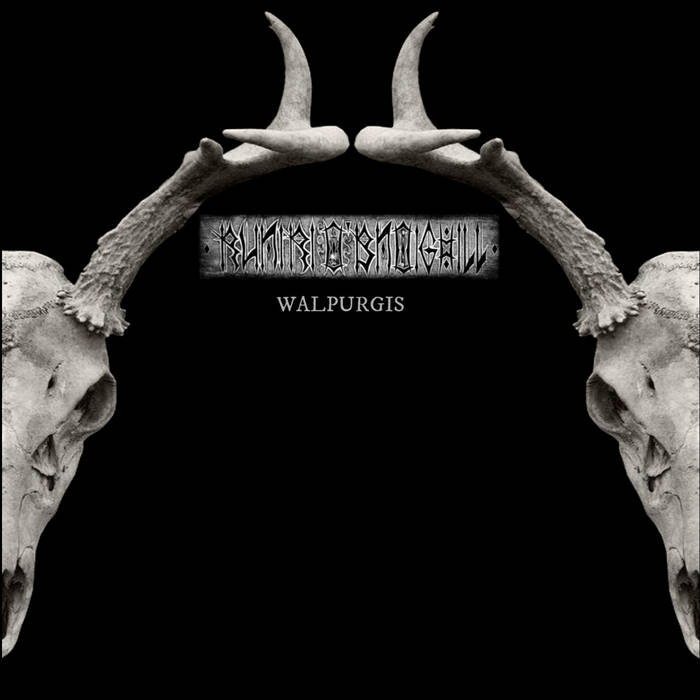 "Something dark and looming this way comes. Ruairi o' Baoighill's music can be described as the point between tweaked electronics and deep cavernous doom rituals. Can music this dark come out of Galway? Yes, it can! This music brings you very very slowly into the outer world on a never ending desolate road with a slow shutter landscape."
- huntersmoonfestival.com

"Daunting in its depth, Walpurgis is an ambient album broken in to five parts, like separate chants of the one hex. It’s steeped in darkness, lacking light but not its own ambience and over 26 minutes, takes great pains to instill a sense of dread into the listener. This is achieved in parts by sombre electronics, the repetition of what sound like hollow-chested heaves for breath, sharp bangs, torn screeches, devastating crashes, mounting tension, the rising drone of some unearthly pulse and eldritch expanses of encroaching noise that you hope never stop because when they do, everything will end."
- harmlessnoise.ie

"O'Baoighill's music makes for an intense and frequently uncomfortable listening experience. Horror film aficionados will tell you that sound design is often half the battle - or at the very least a crucial element - in classics of the genre, and the pieces that make up Walpurgis reflect that kind of sensibility. The effect is ominous, as if you've stumbled upon a ritual in a dark wood, the crescendo of which you fear sticking around for."
- electricwhipcrack.blogspot.ie

"I continue to receive a surprisingly high quantity of dark ambient releases, ranging from ho-hum to stunningly creative. This one is more toward the latter than the former end of the spectrum. There is a genuine atmosphere of ancient menace about this recording, which features the standard bassy pads and crash-bashy noises typical of the genre, but also some interesting use of manipulated plainchant and other twisted vocals that adds a distinct personality to the proceedings. It’s definitely a complete noctural trip that dark ambient and avant-garde fans will not want to miss. Very impressively evil."
- makeyourowntaste.wordpress.com

Prepare to take part in the darkest rituals Ireland can call forth with Ruairi O’Baoighill’s newest album Walpurgis. It’s an intense ride through some of the more terrifying aspects of Irish folklore. I would highly recommend this masterpiece to anyone that enjoys horror, especially the music of that genre. This will be a treat for the ears and the mind’s eye. Ruairi has extracted the ritual magick of Walpurgis and given it his own spin, emotions and power. Do no sleep on this album!
-Resounding Footsteps
resoundingfootsteps.wordpress.com/2017/04/30/les-grand-fleurs-du-mal-week-1/